The Evolution Of The Signature: From The Sumerians To DocuSign

From the Magna Carta to the Treaty of Versailles, signatures have been at the centre of human history. However, over time, the form of these signatures has shifted significantly.

Wax seals were the most common form of authorisation for centuries but they are now an outdated custom. We are fast reaching the same point with the handwritten signature. Now, DocuSign is the expected standard for signing-off documents.

Let’s take a look back at how we got hear:

Seals are one of the earliest marks of written identity. In fact, they go as far back as the Sumerians in 3500BCE who used them to stamp clay tablets.

By the Middle Ages, wax seals were a staple of written communication. Users had to pay attention to numerous conventions, such as the oval “vesica” shape, which could only be used by women and the clergy. Seals came to represent personal status, and designs were often only available on signet rings.

Over time, seals grew more complex to avoid replication. This led to designs for sealing both sides of the wax. King Edward II even used a secret seal, on top of the “privy” seal, to try and make his letters more secure.

2. The Development of the Handwritten Signature


Although handwritten signatures date back to the time of the Romans, they were less popular than seals until the 17th century. This changed due to increasing wax forgery and rising literacy rates.

The signature allowed for greater authenticity than the seal, as it verified all individuals were present at a specific time. In 1677, the Statute of Frauds made handwritten signatures a legal requirement for contracts in the UK.

Many important treaties featured personal signatures, including the Declaration of Independence. John Hancock’s bold autograph speaks to how memorable a written signature can be. Interestingly, while the Declaration is associated with July 4th, it was actually signed over a few weeks. This is a striking contrast from today, where e-signatures can be sent around the globe in an instant.

3. The Rise of the E-Signature


Throughout the late 20th century, technology developed yet again. In 1976, inspired by the birth of the internet, Diffie and Hellman theorised the use of the digital signature.

Not long after, Rivest, Shamir and Adleman invented an early version with their RSA algorithm. The digital signature was soon available to the average consumer in the form of the Lotus Notes 1.0.

In 1999, the US and Ireland employed the e-signature in a joint communique which recognised the importance of promoting electronic commerce. At the turn of the millenia, the e-signature became even more accessible, when it was released as a feature of the PDF.

Soon after, President Clinton signed into law the ESIGN Act (2000), which made digital signatures legally binding.

In the past 20 years, technology around the e-signature has become more advanced and more secure. Building on the RSA algorithm, which introduced 1-1 public cryptography, the Public Key Infrastructure was introduced.

This was the first step in modern e-signatures (which combine public cryptography with the 1-many hash method).

In 2021, e-signatures are more secure than ever before. DocuSign has been certified secure by a variety of global security standards, including the ISO 27001, the highest level of global information security assurance.

With the pandemic forcing many companies to work remote, board meetings have become increasingly complex. Signing remotely is much simpler than forcing participants to be physically present in the same room.

Convene's new DocuSign feature aims to eliminate these pressures. In fact, it has been proven that employing the e-signature increases a company's contract signing efficiency by 75%.

The evolution of the signature demonstrates how societies dealt with security and authenticity in the past. DocuSign is the most advanced technology available, and represents an exciting step into the future.

How DocuSign Integrated With A Board Portal Can Help Your Organisation?

A Board Portal can help you streamline all your meeting processes and promote good governance within your organisation, and DocuSign is just one of many features that will enhance productivity.

DocuSign is a legally binding e-Signature which allows you to ratify decisions in a virtual or hybrid meeting environment. It is also essential when reviewing documents in the Review Room.

If you would like to learn more about how Convene can help your organisation please don’t hesitate to get in contact with us or book a free demo. 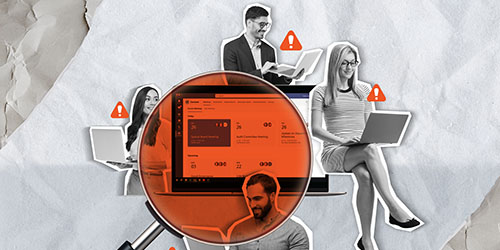 Who Are The Primary Users Of A Board Portal? 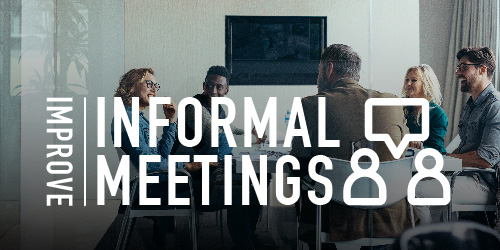