What is a Subsidiary Company?

Whichever sector you work in, you’ll have come across subsidiary companies. Some of the most recognisable brands around the world fall into this group, and you may not always realise it.


Quaker Oats, Naked Juice and Walkers are all subsidiaries of PepsiCo. These three companies have incredibly different branding and yet all come under the same umbrella of subsidiary companies. But what exactly does this term mean?


In short, a subsidiary is a company that is owned or controlled by another company. The controlling company is either known as a ‘parent’ or ‘holding’ company.


The difference between these terms is simple: a parent company has its own distinct operations while a holding company is only in charge of running subsidiaries. From here on, they will be used interchangeably.


Most importantly, every subsidiary is a separate legal entity from the controlling company.


How Does a Subsidiary Company Work?

The most common way of setting up a subsidiary is for a parent company to own more than 50% and have control over its board of directors.

Although it’s common to say they must own more than 50%, this is a misconception. There are other ways to become a parent which can vary between countries (more on the UK later). It boils down to the parent company having control over the subsidiary.

In contrast, if a company owns less than 51% of another company, it is usually not a subsidiary. This is known as an affiliate company (or an associate company). The owning company is a minority shareholder and has a smaller say in any decisions. They may have influence but they do not control the company, which is a key part of having a subsidiary.

From a financial point of view, a subsidiary is a distinct entity. They keep their own financial records and may even sue or be sued by the parent company. Sometimes, parent companies can file a consolidated tax return for all their subsidiaries, but this is not the default (and can only happen if the parent company owns over 80% of the subsidiary). For most purposes, the two companies are completely separate.

What’s the Difference Between a Subsidiary and a Branch or Division?

A branch is usually one company working in different locations. For example, HSBC has regional bank branches around the UK which all come under HSBC. This is quite common among retail companies but exists across all sectors.

Equally, a division deals with a specific role in a company. This is often seen in media, where large corporations have divisions for different types of broadcasting.

At the BBC, for example, they have divisions for Radio, Television and News. These all still come under the BBC and so are different from subsidiaries, which are distinct from the parent company.

What Laws Are There in the UK To Define Subsidiaries?

The laws defining subsidiaries vary between countries. In the UK, a subsidiary is legally defined by the Companies Act of 2006.

This says companies must fulfill one of the following conditions:

As you can see, this is not always as simple as owning 51% of the shares, although it is one form of subsidiary. These definitions also vary across sectors, as they can be applied differently. A company which counts as a subsidiary in accounting may not count as a subsidiary in an issue of corporate law.

This can lead to complications. For example, when a fire broke out on a ship Enviroco were cleaning, the damages they had to pay depended on whether they were a subsidiary.

Back in 1999, Enviroco was a subsidiary of ASCO. Previous contracts meant ASCO and its subsidiaries were immune from paying damages. Unfortunately for Enviroco, ASCO had since mortgaged their shares to the bank.

For all intents and purposes, ASCO still controlled Enviroco, but legally things were less clear. After a complex battle, it was agreed Enviroco was not a subsidiary and so had to pay the full damages.

This case shows how complex company law can be. When it comes to subsidiaries, make sure to consult the experts.

What Are The Benefits of a Subsidiary Company?

There are many reasons a parent company may wish to control subsidiaries. One of these is financial. As companies must register in their home state, there may be tax advantages to creating a subsidiary over a division.

Many of the most famous subsidiaries were previously independent companies that were bought by a parent company. This also comes with advantages. Investing in subsidiaries that are already successful means the parent company doesn’t have to invest in set-up fees and permits.

Acquiring a company as a subsidiary can also help with marketing as consumers like to invest in familiar brands. One clear example of this is Marvel Entertainment. The company is a wholly-owned subsidiary of Disney yet maintains distinct branding. Given Marvel’s rich history, many feel a strong attachment to their comics and films.

In this case, the diversity of Disney’s assets allows them more flexibility. They can compete on every level of the media market, without sacrificing their core brand.

The reputation of the News of The World newspaper was ruined by the 2006 Phone Hacking Scandal. However, as a subsidiary, their reputation remained separate from their parent company. Although News UK (then, News International) had to pay some damages, they still publish widely read newspapers such as The Sun and The Times. The damage to their wider reputation was controlled.

What Makes a Subsidiary Company Successful?

We’ve looked at subsidiaries from across different sectors. Some of them are successful, and some less so. The most impressive are the ones that maintain their own brand while taking advantage of the parent company’s resources. With subsidiaries, companies can expand into new markets and improve the structure of their business.

A board portal like Convene can help streamline communication within your company. With smart features such as shared annotations, instant voting and action items, you can make sure your team is all on the same page. The comprehensive software was conceived to streamline communication. Read our Customer Success Stories or book a free trial today!

What is the role of an Executive Committee? 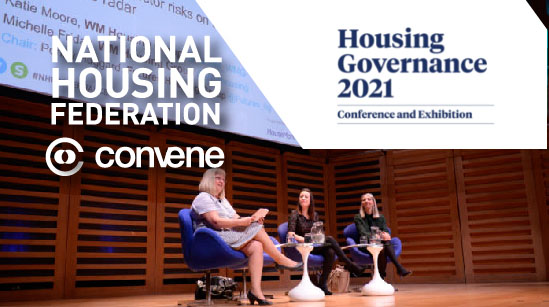 Convene at the 2021 NHF Conference