The Difference Between Shareholders and Stakeholders

All companies have stakeholders - and most have shareholders. Despite how central these terms are to business, many of us don’t actually know what they mean. Shareholder and stakeholder have very different definitions that impact everyone in the world.

Under some definitions, you are already a stakeholder in the world’s largest corporations.

Shareholders own financial stock in the company and so are interested in its economic success. Conversely, stakeholders have other concerns that are affected by the company's practices. These ‘stakes’ might be economic, social, political or environmental.

It’s possible for someone to be a shareholder and a stakeholder at the same time! Read on to find out more about the difference in practice:

What Is A Shareholder?

A shareholder is someone who owns shares in the company. This can be an individual, company, or institution. Once they have invested in shares, they are a partial owner of the company and are represented by the board of directors. A shareholder has invested money and wants the company to succeed for financial reasons.

Shareholders have been at the centre of trade for many years. The Friedman Doctrine, or ‘shareholder theory’,

was the guiding principle in business until very recently.

Back in 1970, Friedman argued the CEO is employed by the shareholders to make a profit. As a result, it is generally better for them to stick to making money and let their clients choose how to spend it.

However, this view has become less common over time. In the 21st century, there is less emphasis on shareholder finance than there was in the 20th. Many believe the ‘purpose’ of a business should be more than increasing profits (although it is still important).

While shareholders do have a financial interest in the company, they are not too committed in the longer term. They may not be that attached to the values of a company (especially if they own shares in multiple others). They are also able to sell their shares in line with changes in the stock price and move on.

Unless the company is private or owned by an individual, shareholders are generally not responsible for its debts. This means their desire for the company’s success can be traded away.

What Is A Stakeholder?

In comparison to shareholders, stakeholders represent a much broader group. The term includes anyone who has a ‘stake’ in the organisation, or is impacted by the actions of the company.

Shareholders are one type of internal stakeholder, as they are affected by the company’s performance and profitability. However, there are other types of stakeholder including employees, clients and suppliers of the company.

One key stakeholder in a company is the CEO whose income and reputation both depend on their success. They may step down, but they will still be linked to the company for some time after they have moved on.

In recent times, the definition of stakeholder includes an even wider group. This is because companies are increasingly led by Corporate Social Responsibility (CSR) concerns.

For this reason, we could all be seen as stakeholders to the world’s largest companies as we all have a vested interest in their practices.

The idea that stakeholders are a key part of business is increasingly common. Moving on from Milton Friedman’s ‘shareholder theory’, Edward Freeman promoted ‘stakeholder theory’.The similar names are deceptive as these are opposites.

With his book on stakeholder theory, Freeman argued a company’s main responsibility is to the stakeholders. This means companies exist for more than making a profit. They must also pay attention to ESG concerns.

In 2019, Business Roundtable declared for the first time that they would put stakeholders first. The group includes many high-profile CEOs including Jeff Bezos of Amazon and Tim Cook of Apple. Before this statement, they had vocally prioritised shareholders since 1997.

Unlike shareholders, some stakeholders are committed long-term to the company. They sometimes don’t even have the choice about whether to be involved. For example, communities impacted by the actions of a company do not always ‘opt in’.

What Are The Key differences?
We’ve made a handy table to help you remember the difference:

In short, shareholders have a financial interest in the company, while stakeholders are driven by a wider range of concerns. Given the broad meaning of ‘stakeholder’, it could be argued that we are all stakeholders to every corporation in the world. Whether you prioritise shareholders or stakeholders depends on many factors, but it is always important to know the ethos of your company.

How can Convene support your shareholders and stakeholders?

The comprehensive software is designed to simplify every aspect of business. From crafting the meeting minutes, to creating a clear audit trail, our features can simplify your meeting administration. Don’t hesitate to find out more. Read our Customer Success Stories or contact us to book a free trial today! 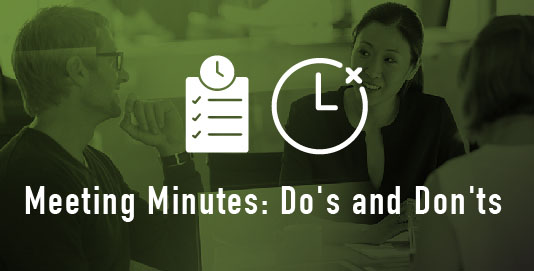 What is the Purpose of a Senior Leadership Team?