Can a director be excluded from a board meeting?

When it comes to business, the board should always speak with one voice. However, your board members are still human. Not everyone can agree all of the time. Whatever the size of your board, there may be times when you wish it was one member smaller.

But can you simply remove the problematic members?

Can you exclude a director to simplify a meeting?

It is very tricky to exclude a board member from a meeting if they do not want to be excluded. In some cases, it may even be impossible. The board is, after all, a democracy. Some of the key rights of a director are to attend meetings and vote on resolutions. They can only be removed in specific situations.

If you have an issue with efficiency, it might be worth establishing an Executive Committee. This is a smaller group that can deal with immediate concerns. It simplifies the process as it’s easier to draw a small group of people together.

Can you exclude a director for a conflict of interest?

When it comes to a conflict of interest, there is some legal ground to stop a director from voting. In fact, you may not have to exclude them as they will often remove themselves.

According to Section 175 of Companies Act, a director cannot vote on an issue where they have a conflict of interest. The act states that a director ‘must avoid a situation in which he has’ a conflict of interest and so the responsibility rests on that director. If they vote without informing the board, they may be subject to civil proceedings. All directors should be made aware of this fact from the start of their contract.

However, this may be overridden by your company articles. In private companies, the articles will often state that a director can vote in matters concerning their own interests. In such cases, there may be no legal way to exclude a director due to their conflict of interest.

Can you exclude a director for any other reason?

As we have stated, it is often impossible to exclude a director from board meetings. Even if a director is not fulfilling their general duties, excluding them from meetings is not a legal solution. The main exception is if the director’s rights have been suspended due to disciplinary proceedings. In extreme cases, directors may be excluded from the board meetings, pending future dismissal. This should not be done without consulting a legal professional.

Can a director be permanently dismissed?

If the situation is proving to be even more serious, you may consider dismissal. As usual, your first point of call should be your company articles. If your articles are silent, Section 168 of the Companies Act does allow a director to be removed. In this case, you will need the shareholders’ approval. A general meeting must be called and a resolution passed. The director in question must also be made aware of this meeting in advance so they can make their case.

The board’s power extends to removing the director’s titles or offices. For example, if the director has been voted in as the Chairman, they can be stripped of this position. However, they cannot simply be ‘voted out’ of the board without due process. There are many legal issues which may arise and boards should feel completely sure before pursuing this process.

As a result, it’s more common for a director to be encouraged to resign. If they are not fulfilling their duties, they can be asked directly to step down.

What are the alternatives to excluding a director?

Dismissing a director should be your last option. You should first try corrective measures. To avoid having to deal with these issues, you should also make the company’s expectations clear from the outset. Some organisations will have term limits for their directors so that they do not have to face these problems in the long term.

Here at Convene, we are not legal professionals. This is only an outline of the process. Please make sure to get proper legal advice before pursuing exclusion or dismissal.

Of course, you never want to exclude a director. Many of the issues that lead to you wanting to exclude a director can be solved by communication. A Board Portal like Convene can support your team in making decisions as one unit. From creating an efficient agenda to producing a detailed audit trail, the board management software can support your business. To find out more about how Convene can help you, take a look at our customer success stories or book a demo today! 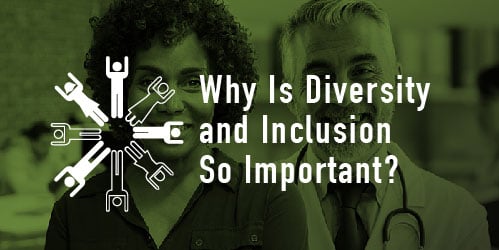 Why Is Diversity and Inclusion So Important?